A polypectomy is an endoscopic removal procedure of polyps in the colon or stomach. Patients are put under general anaesthesia or sedatives during the procedure.

The polypectomy involves removing polyps for an assessment for abnormal growths, to detect early stage cancer, and identify any other health issues that may be present.

If abnormal growths are identified, they can be classified as cancerous, precancerous, or noncancerous.

A polyp is an abnormal growth of cells that originates in the tissue, and grows into the hollow space. The growths occur when mutated genes continue dividing, despite the lack of need for new cells.

The uncontrollable growth of the mutated cells causes polyps to form, and the cause of the initial mutation and growth is often unknown or uncertain.

Research shows there is a higher chance of developing polyps based on genetics, or a history of hereditary genetic conditions. Other known causes of polyps include inflammation, cysts, tumour growth, an excess of estrogen, and chronic stress inflammation.

When polyps are formed, they impact other areas of the body and its functioning, which can cause discomfort and pain.
The Australian Government has a National Bowel Cancer Screening program, aiming to detect early signs of the disease. Under the program, eligible Australians aged 50-74 can be tested for free using an at-home testing kit.

Even if the polyps are noncancerous, the symptoms and side effects usually lead to their need to be removed. A polypectomy helps relieve symptoms and assists in the regular functioning of the body.

When large polyps are formed, they can impact blood flow, cause pressure on organs, and present as a multitude of other symptoms - such as rectal bleeding, change in bowel movements and stool colour.

Most polyps are benign growths, meaning they are noncancerous in nature. These polyps are very common and are often removed. Some small non-cancerous polyps go away on their own, or with medications or non-invasive day surgery. Polyp removal is dependent on where the polyp is located in the body, and its size.

Before removal, polyps are detected through an endoscopic examination using equipment such as biopsy forceps, snares, and other tools to burn off abnormal tissue. Oftentimes they are detected during a routine colonoscopy examination, whereby the polyps will often be removed during that examination rather than a separate surgery. There are different types of polyps, determinant on their region of abnormal growth: Cervical, colon, nasal, throat, and urine.

Located in the cervix, cervical polyps are possibly caused by an infection or chronic inflammation present in the cervix; chemical irritants; or an obstruction of blood vessels in the cervix - leading to disrupted blood flow.

Colon polyps, also referred to as colorectal polyps, occur when the mucous lining of the colon is changed. The changes in lining can be caused by a range of factors such as genetics, or underlying health conditions such as digestive diseases. When the size is greater than 2 centimetres wide and located in a problematic position, they are known as complex colon polyps. A colon polyp can lead to colon cancer and therefore, are often required for surgical removal.

At the Centre for Gastrointestinal Health, we specialise specifically in colon polyps.

Nasal polyps form from triggers of inflammation. Research shows the inflammation can be caused by either an allergic reaction, a fungal infection, or a bacterial infection. Nasal polyps can also be formed from underlying health conditions, like cystic fibrosis for example, which impacts the sinuses.

Polyps can form in the throat from various activities, including straining vocal chords, smoking, chemical exposure, and/or strenuous breathing activities.

Uterine polyps are also known as endometrial polyps. When the endometrial glands form abnormally large in size, protruding from the endometrium lining. This can be caused by higher estrogen levels, as well as unknown causes.

A specialist type of polypectomy exists, as the common procedure is not always compatible with the polyps present within different individuals. If you have been diagnosed with a complex polyp, meaning that it is either too large or located in a difficult position, you may need to undergo an advanced colon polypectomy. This requires a specialist surgical technique, which involves endoscopic polypectomy technologies.

The removal can be for preventative purposes for bowel or colon cancer, as well as treating symptoms such as rectal bleeding, abdominal pain, and bowel irregularities. In instances where the polyp is too large and cannot be removed with an advanced polypectomy, you will need open surgery.

Polypectomies are often done following a screening test for other health conditions. When polyps are detected during these screenings, doctors will refer patients for a polypectomy for further inspection.

The most common screening test that shows polyps are routine colonoscopy exams, or during an upper endoscopy procedure. Colonoscopies are usually performed for people over the age of 45, when checking for potentially cancerous growths.

They are also performed for people suffering symptoms relating to Inflammatory Bowel Disease and Irritable Bowel Syndrome to determine a diagnosis.

If polyps are identified during a colonoscopy, doctors will often remove them during that surgery straight away for examination - rather than a separate procedure. Polyps can also be found through other tests including non-invasive imaging tests, including a computed tomography (CT) scan, ultrasound, and magnetic resonance imaging (MRI).

After a polyp is removed, it is closely examined under a microscope, similar to a biopsy. When examined, the polyps can determine whether there is cancerous growth in the stomach or large bowel region. If there are signs of cancerous growth, it can be indicative of bowel cancer, also known as colorectal cancer (CRC).

Other tissues may be assessed after the polyp examination, sometimes leading to the removal of other tissues in the affected region.

How Do I Prepare for a Polypectomy?

A polypectomy is a minimally invasive procedure, though extensive preparation must be undertaken beforehand for the procedure to be completed successfully. This includes considerations for transport, what to wear, what to bring, and most importantly, restrictions around food and drink.

Organising who is taking you to and from the procedure is the first important thing to prepare.

It is strongly advised to have transport arrangements in place for the procedure, as patients should not drive for 24 hours post-operation.

Patients are advised to dress comfortably for the procedure, like in loose clothing.

During the procedure, patients wear a gown and are undressed from the waist down.

There is nothing in particular you need to bring to the procedure other than yourself, and a support person to transport you to and from the procedure.

In most instances your gastroenterologist will require paperwork, however these are normally sorted before the procedure either on the day or just before.

If your medical professionals require any further documentation from you to complete the forms they will give notice and advise before the procedure day.

Correct bowel preparation is vital for a polypectomy. In preparation for the procedure, the colon must be cleared out as there cannot be any visual obstructions.

Your gastroenterologist will advise a preparation plan for you to follow, customised for your own individual and specific needs.

Generally speaking, food and drink preparation can involve fasting, taking laxatives, or having a 'clear food diet' between 24-48 hours pre-surgery.

What to Expect During the Operation

The polypectomy will be performed by a gastroenterologist, with the assistance of a nurse anaesthetist or anaesthesiologist. These nurses and doctors specialise in sedation which is often required for the procedure.

They will ask if you have any allergies to anaesthesia, or if you have had bad reactions in the past. The medication administered will be relaxing and patients often feel drowsy. The administration is done either orally or through IV.

There are various techniques that can be used during a polypectomy, each dependent on where the polyp is located. For example, if a polyp is larger than normal, an incision may be required.

Polyps are removed with a scope, which is a tube inserted into the body. The scope has a small camera attached so the gastroenterologist can be guided to the polyp. There are different techniques for the actual polyp removal, including:
The procedure should not be painful. The patient may feel some slight discomfort, however, this will pass reasonably quickly.

When a polypectomy is performed, it generally takes only twenty minutes. Depending on the size and location of the polyps it can take longer, like up to one hour.

Anesthesia is used on patients during their polypectomy to make the procedure more comfortable. If you have had reactions to anesthesia before, the nurses and medical team will provide you with a suitable sedative for your procedure.

Recovery post-operation is faster compared to other procedures.

Your medical team will most likely recommend or prescribe pain medication to alleviate any painful symptoms that may be present.

You should not drive the day after the procedure, but if symptoms are clear 48 hours following, doctors advise driving can recommence.

Polypectomies are generally a low-risk procedure, however like anything there are some possible complications, including:

These complications can often be managed with ongoing monitoring and treatment. However, in some rare instances, you may require emergency surgery to correct any arising complications.

There are some signs to look out for post-operation, such as bleeding, fevers, bloating, vomiting, and/or lightheadedness.

Bleeding post-op is normal, although it is advised to monitor the bleeding if it does occur. Heavy non-stop bleeding, on and off bleeding, and bad odors could be a sign of infection. If these symptoms happen it is important to seek medical attention.

Fevers or chills can occur and this is fairly normal. If you have a temperature then medical attention is necessary.

Bloating, and other gastrointestinal symptoms, such as gassiness, cramps, bloating, or a stomach ache, are very common after a polypectomy procedure. These symptoms generally pass within 24 hours following the procedure.

Vomiting and lightheadedness are not as common, and you should seek medical care as soon as possible.

Recovery is generally between 24-48 hours, however for more intense polypectomies, recovery can be up to two weeks long.

To assist in recovery, it is advised to avoid certain foods and drinks that can generate a triggering response in the gastrointestinal tract. Things to avoid include:

A doctor will arrange a follow-up consultation to discuss the results of the polypectomy examination.

If any further tests are required, they will notify you of this during the consultation. If the polyp is cancerous then the patient will have further testing, scans, and examinations following the polyp results.

Oftentimes, when the polyp is non-cancerous, routine colonoscopies are still required for patients over the age of 45 or for patients with other health issues.

In Australia, most health care plans cover the cost of polypectomies.

Out of pocket expenses without health insurance costs upwards of $1,500 - with the average cost around the $2,300 mark.

Is Polypectomy a Major Surgery?

A polypectomy is a minimally invasive procedure. Recovery is fairly fast, with full recovery within two weeks of the procedure. If a singular polypectomy is performed, the patient is likely feeling better between 1-2 days following surgery.

How Long Does a Polypectomy Procedure Take?

A polypectomy generally takes between 20-60 minutes. Recovery is 24-48 hours, although it can be up to two weeks if a more advanced polypectomy is performed.

How Much Does a Polypectomy Cost?

If covered by Medicare, the gap for polypectomies cost under $100 out of pocket. Without Medicare or health fund coverage, polypectomies can cost upwards of $1,500 - with the average cost being around $2,300. 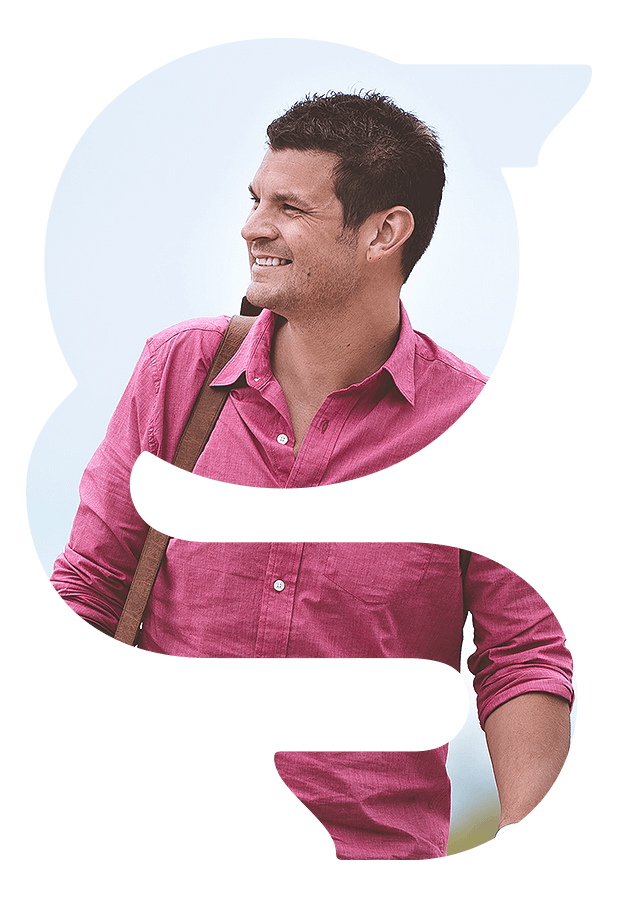 We welcome new visitors. Simply enter your details below to request a time or call us on 1300 580 239. Be sure to bring a referral letter from your General Practitioner.